The technology behind the MillerCoors Vortex bottle was developed for use in Naval nuclear propulsion and held as a closely guarded secret for years. A nuclear subarmine propeller (aptly referered to by Navy seamen as a ‘screw’) was so secret during the height of the Cold War that propellers were shrouded with a large covering (known to seamen as a ‘jimi-hat’) when subs returned from patrol.

Designed according to a multi-dimensional optimization calculation, the vortex grooves feature pitches and cambers that are not (almost) constant over all the groove segments. Instead, pitch and camber are optimized on the basis of a vortex grid calculation method and a stepwise optimization over many thousand iterations for each segment.

Recent independent lab tests demonstrate that enhanced sexual prowess and mouth feel are entirely correlated with the optimized vortex grooves and not the phallic bottle shape. Daniel Bernoulli, Professor of MetaPhysics at the University of Basel and a renowned expert in fluid flow agreed: “For an inviscid flow, an increase in the speed of the fluid occurs simultaneously with a decrease in pressure or a decrease in the fluid’s potential energy. I drink Miller Lite all the time.” 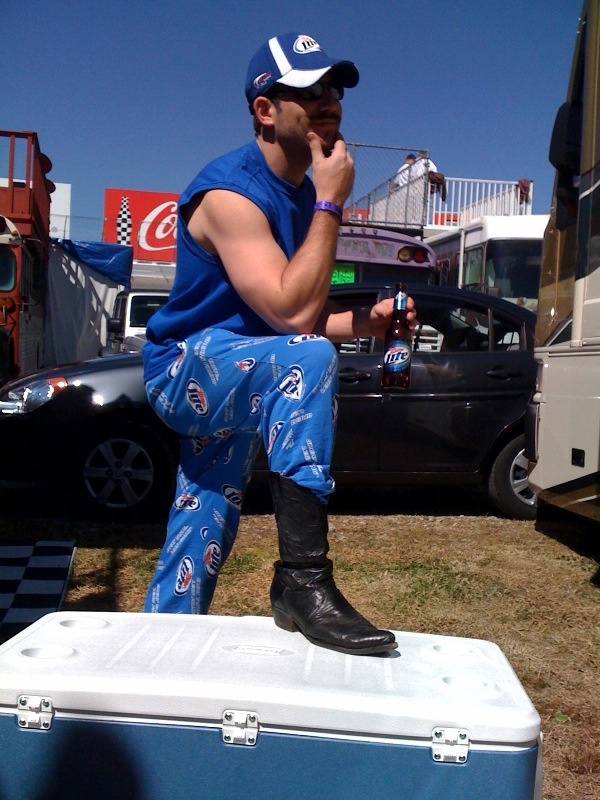 While anecdotal evidence has been abundant for years, this new research offers quantifiable proof that the MillerCoors Vortex bottle is objectively superior to non-vortex bottles offering consumers both the mouth feel they crave and the sexual potency they deserve. We’ll drink to that.

** Footnote: ‘Moderate To Extreme Flatulence’ in lab tests, was defined as ‘greater than light to mild flatulence’.

Archeologists were stunned to find fragments of SPAM in an archeological dig close to the spot where Jesus was born. “Carbon dating has established that this SPAM was made around the time of the birth of Christ, with an error margin of plus or minus 7 years,” explained Dr. Frank Phuter of the University of Pennsylvania. “We found the remains of a small kitchen fire, which allowed us to carbon date the site. Then we uncovered fragments of burned food, which proved to be SPAM. The carbon dating of the SPAM matched that of the fire. Remarkably, we recently uncovered fragments of food which appears to be haggis, the famous Scottish delicacy. It too is from the era of the first Christmas.”

Sceptics point out that SPAM was first produced in 1937, shedding some question on the reliablity of the carbon dating. But culinary historians say that SPAM as produced by the Hormel company is based on a recipe which has been used by many cultures  for millenium. “Along with wheat, corn, and chicken, SPAM is one of the world’s oldest foods,” affirmed Llyod Winn, food historian. Further testing of the DNA has shown that the SPAM in question was produced in China not Austin Minnesota, the current SPAM capital of the world. “The food discovered is definitely SPAM, regardless of its place of manufacture. And no one questions that haggis has been produced in Scotland for thousands of years – in fact many of the haggis available for sale and in people’s closets date back hundreds if not thousands of years.”

“The best explanation of food products from such distant places arriving in Bethlehem at the same time 2000 years ago is that they were carried by the Wisemen,” said Professor Mel Chior of the University of Jerusalem. “It is believed that one Wiseman came from east, probably China, where SPAM was first invented (like gunpowder, paper, noodles and tiny drink umbrellas). The second Wiseman must have come from Scotland. We are still trying to figure out where the third Wiseman came from. My guess is New Jersey.”

“It is no surprise that SPAM and haggis play such a big part in family Christmas celebrations. Now we know the historical origins of this wonderful family tradition,” said Mr. Wynn. 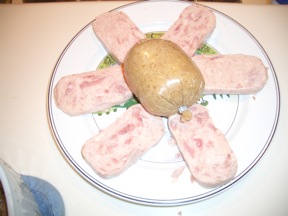 Earth Moving Away from the Sun

Planetary scientists announced that they have observed a slight increase in the Earth’s distance from the Sun. “The Earth is being nudged out into a bigger orbit,” said Dr. Biggy Lips. “Starting this summer, we noticed a small but detectable increase in the Earth’s orbit. It’s as if each day something is giving the Earth a little kick. The impulse is causing the Earth to speed up just so slightly, pushing the Earth to higher orbit. The jolt of energy is very small but builds up over time. To increase the orbit, the “push” would have to be on the trailing side of the Earth, effectively increasing its speed. This means the pulse of energy is occurring just before sunset.”

After days of careful seismic monitoring scientist believe the source of energy seems to be coming from the vicinity of Manhattan NY. “Some bouncing motion is occurring every afternoon,” said Dr. Lips. “If we don’t find the cause soon, and stop it, the Earth will be propelled completely out of the Solar System.”

Other scientists are less convinced. “What could be providing such a pulse?” asked Professor Bo Ounce. “This theory is crazy. What could the force be? The A train? A baby bouncing in a Jumperoo on the Upper West Side?”

Scientific Proof Magazine insists on proofs, so our editors decided to look for an authoritative source. We spoke to Wit Les, PhD, of Big Apple Astrology. After Mr. Wit did my horoscope (“stay in bed next Tuesday”), he consulted his tables and explained that since the Moon was in Aquarius and Mars was ascendant, Earth was not in fact moving away from the Sun, rather the Sun is moving away from the Earth!

Just in case, however, New York City officials announced they would be taking steps to eliminate any possibility that the Earth would be ejected from the Solar System. “It would take a terrible toll on our lucrative tourist business,” said Mayor Bloomberg. “So to save the Earth and prevent financial loss to the City, we are now running the A train backwards and are in the process of confiscating all Jumperoos north of 42nd street and west of the Park.

Santa Proved to be an Artifact of Quantum Mechanics

Scientists who previously scoffed at the notion of a little fat man who can climb down chimneys, reindeer that can fly, and stockings filled with toys, now have conceded that Santa may in fact be as real as positrons and neutrinos (although a little heavier). Careful analysis of quantum mechanical effects has revealed that Santa does exist. “The Heisenberg uncertainty principle actually makes it certain that Santa is real”, said Dr. Robert Cratchit, of the Figgy Pudding Institute. “If you are surprised that the uncertainty principle can prove a certainty, it is because you are not smart enough to understand quantum mechanics”. Dr. Cratchit explained that Santa is neither a particle nor a wave but both at the same time. “Imagine an alcoholic drink that had caffeine in it. Improbable of course, but if you drank such a drink, you would be an example of the Heisenberg uncertainty principle – too numbed to rock and roll, but too wired to sleep. That’s exactly what quantum mechanics is all about”.

The research also revealed that Schrödinger’s cat is actually a reindeer, another example of the counter intuitive nature of quantum mechanics. Following the announcement of these research results, scientists worldwide have been sending Santa letters, requesting funding for various screwball research projects.

Another mathematics breakthrough stunned the math world when Professor Lou Snut announced that his team had proved that division by zero was completely consistent with all mathematics principles. “This one of the most important events in the history of mathematics since Euclid’s Elements”, Professor Snut said. “For years mathematics dogma had it that you could divide by any number at all but not zero. Why pick on zero? After all, division by 7 is allowed. So is division by .01, and .005 and .00000034 and .00000000000002. Hey those numbers are almost zero! So why stop there. We decided to go all the way and to find out what happened when you took the plunge and tried to divide by exactly zero. The result is a really big number.” Professor Snut declined to reveal what that number was, asserting that it was too big for a non mathematicians to understand.

Foundations of Mathematics Shattered by Discovery that 1 Equals 2

Mathematicians at the Massachusetts Institute of Technology shocked the math world with the announcement that 1 equals 2. This discovery has wide implications for math, science and commerce. MIT Professor Lou Snut provided United Press the following proof:

The shock waves from this remarkable discovery have spread beyond the halls of academia and are affecting the lives of people all over the world. At a local McDonald’s restaurant, we interviewed Ms. Bee Gass who had just finished paying for her double Big Mac, extra large fries and chocolate shake. “I can’t believe that McDonald’s has been giving me the wrong change all these years.”

Bananas Do Have Seeds 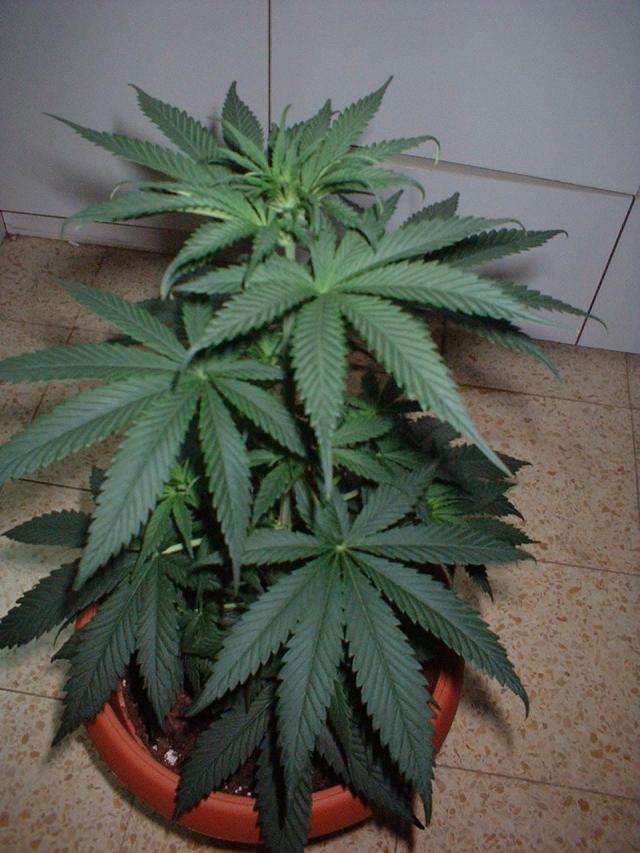 A team of researchers have proven conclusively that bananas do have seeds. In a rigorous experiment, the tiny black specks found in bananas were extracted using a heavy water centrifuge.  The seeds were selected for size, color and taste and then planted in a mound of bat guano.  The results were unequivocal – bananas do have viable seeds. All the seeds sprouted, and developed into banana plants as shown in the photo. 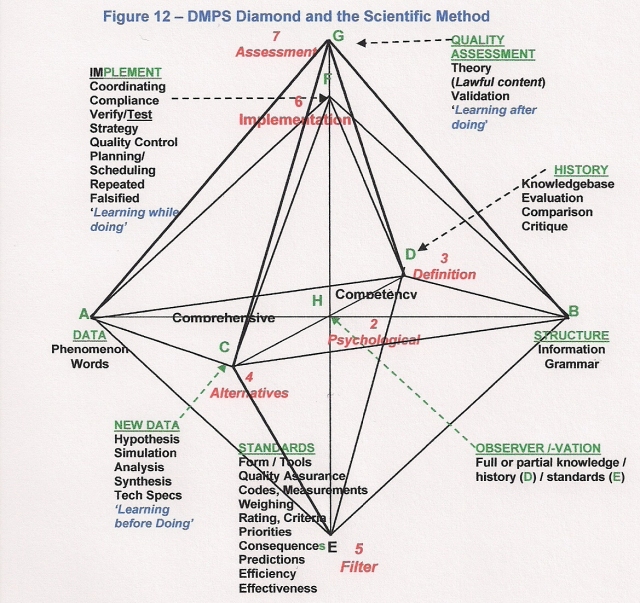 100% of scientists agree this is a diagram.